Re-engaging Candidates and Reaching out to "Saved for later" Candidates

The buttons allows you to re-engage candidates you that you have previously added to "Saved for later" or sourced to Teamable. You can re-engage using Teamable to reach out to candidates OR using LinkedIn InMail.

Reaching out to "Saved for later" Candidates

Step 1. Find and select the Project with the candidates you have "saved for later".

Step 2. Select the "Candidate status" filter. Then choose "Saved for later" to view all the candidates that have been saved.

Step 3. Proceed to the steps under Re-engaging candidates section. 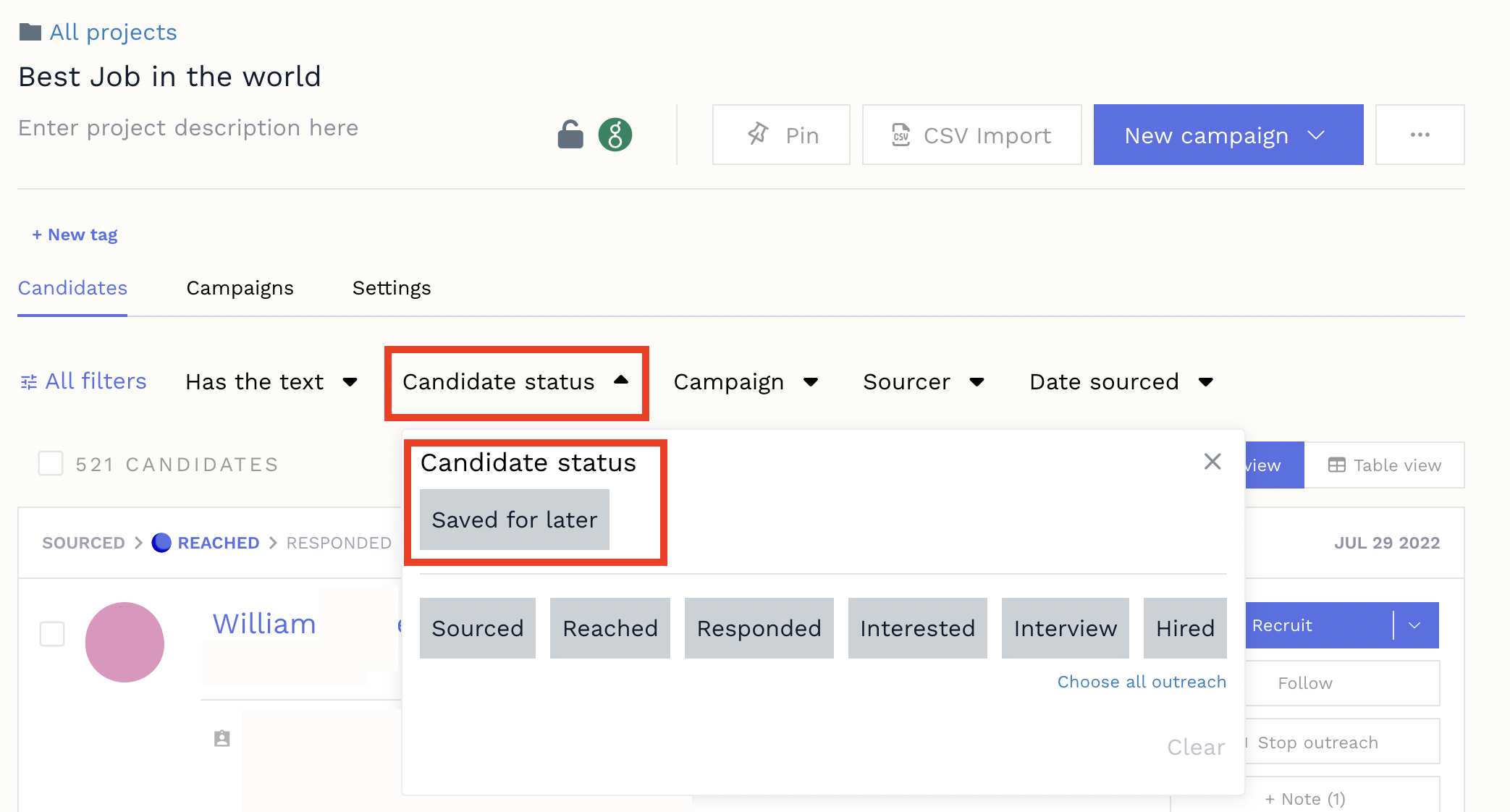 Step 1a. Select the "Recruit" button on the right of the Candidate Card. If you select the drop-down arrow, choose the "via Teamable" option.

Step 1b-2. Select the "Recruit" button at the top of the screen. 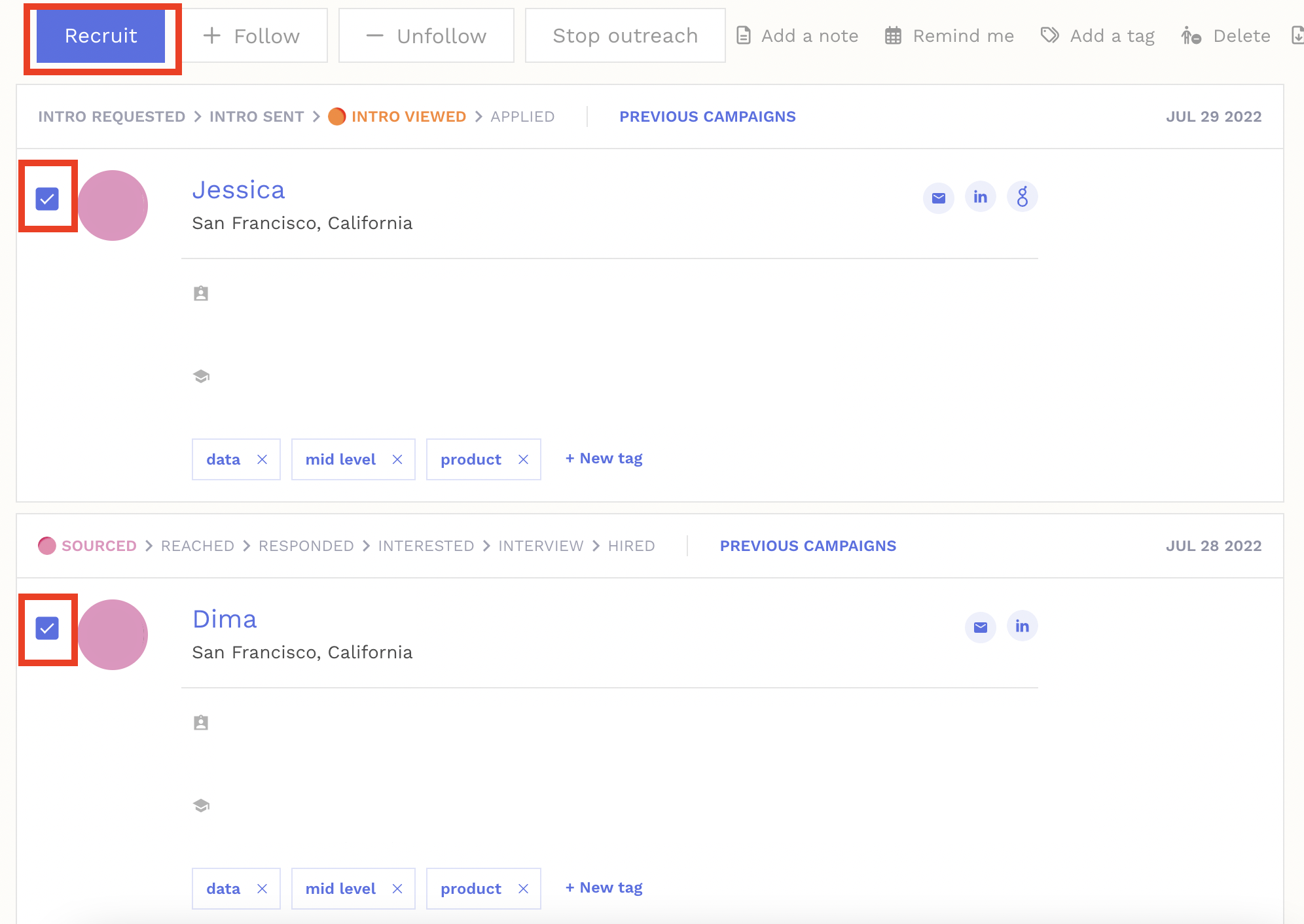 Step 2. Using the drop-down menu under "Mine only", find and select the Campaign you want to use for your outreach.

Step 3. Select the "First message" tab to preview the Campaign First Message template. You can edit the messaging in this menu.

Step 4. If you would like to re-engage previously contacted candidates, toggle ON and enable the option "Allow reaching out to previously messaged candidates".

If the option is not enabled, Teamable will stop duplicative outreaches. 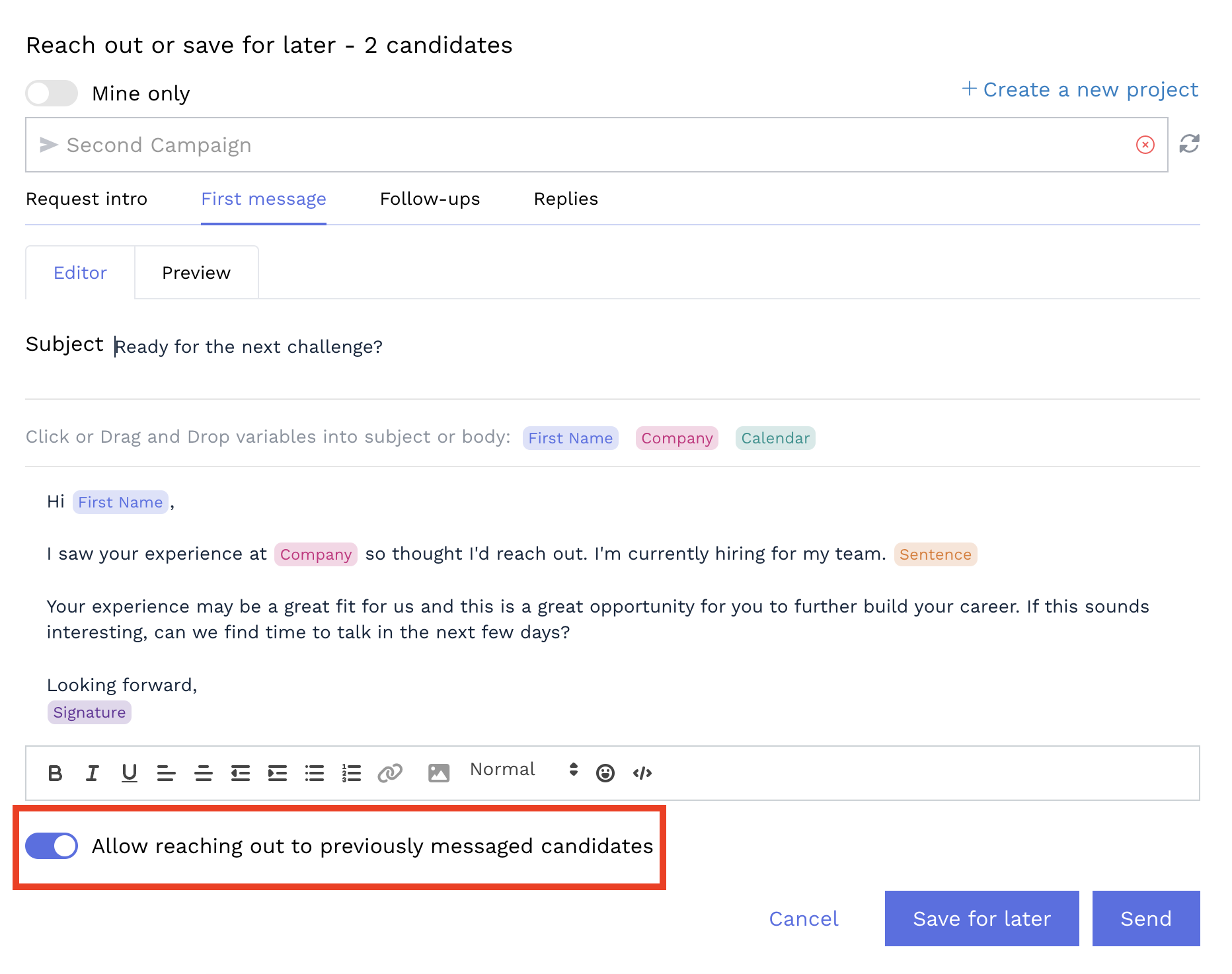 You can only re-engage candidates through LinkedIn a single candidate at a time since the customized First Message generated by Teamable needs to be copied and pasted over to a personal InMail.

Step 1. Find the candidate you want to re-engage.

Step 2. Select the "Recruit", then "via LinkedIn InMail".

Step 3. You will see a "Success" message pop-up at the bottom right of the screen and the candidate's LinkedIn page will open in your browser. 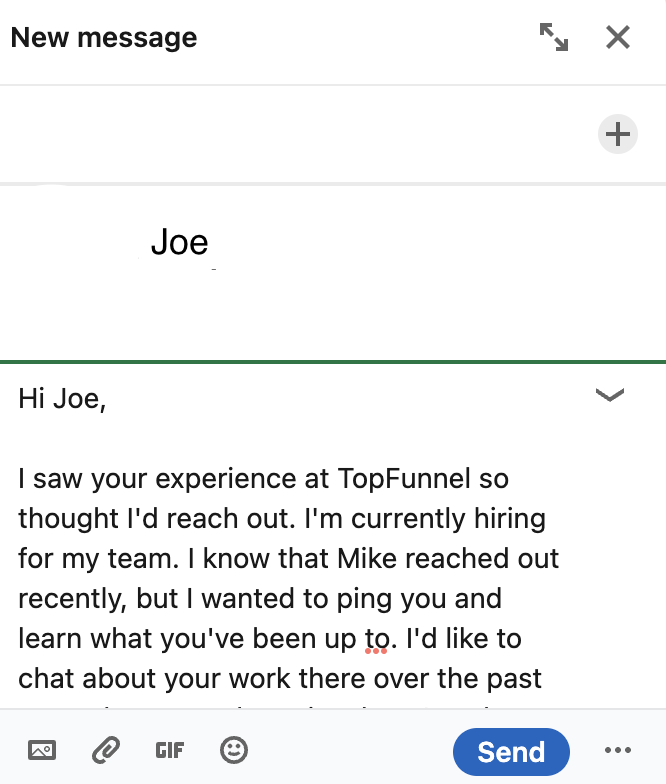 Step 5. Edit the messaging as necessary in the Message box.

The variables {First Name}, {Company}, {Sentence}, {Calendar}, and {Signature} will be replaced with the candidate's profile information, so please edit the message as needed.

Step 6. Select "Send" and you have reached out to the candidate via LinkedIn. The candidate's profile will show the InMail message as an outreach. For more information, check out the article on Messaging Candidates Using InMail.

Did this answer your question? Thanks for the feedback! There was a problem submitting your feedback. Please try again later.