When reviewing candidates, you can reroute candidates to "save for later", send from a different specified campaign, or send from a randomly chosen campaign via Shuffle.

Step 1. Go to the Review tab and select "Review x candidate(s)" on the right of your chosen Campaign. 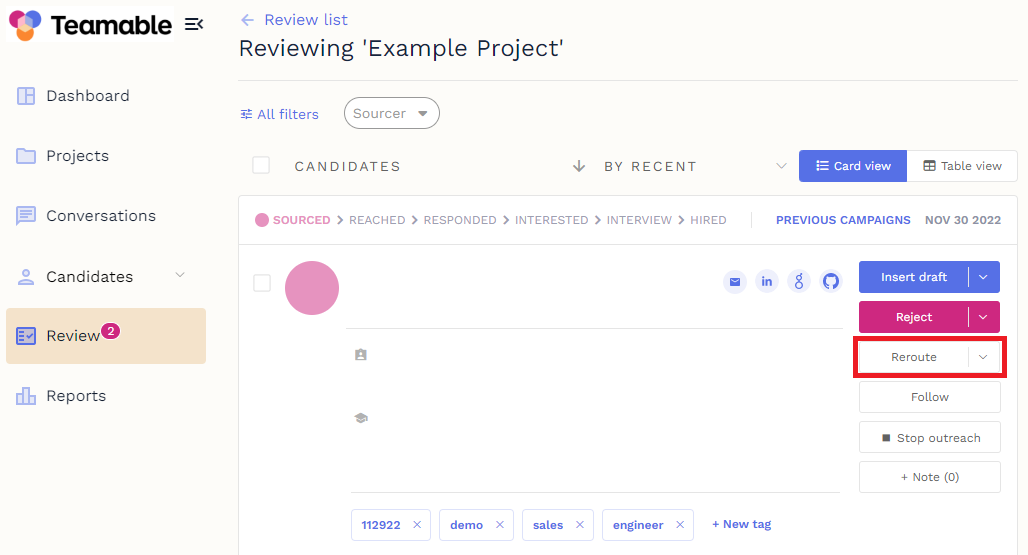 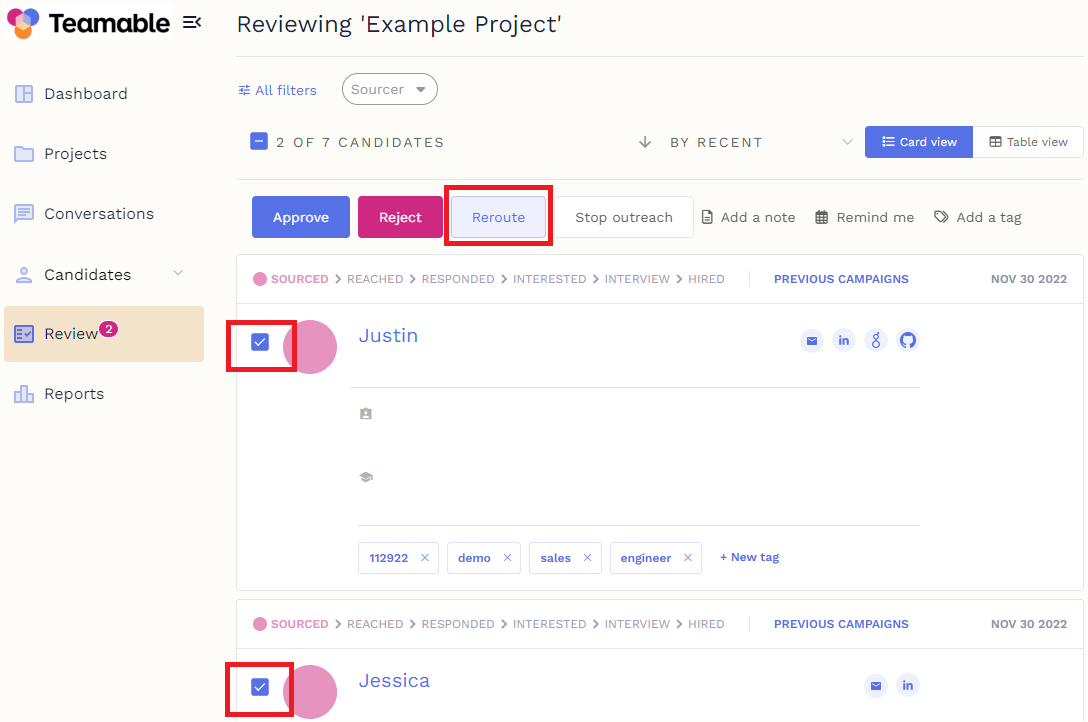 Step 3. Choosing one of the following options:
Please note if you want to reroute to a teammate's Project/Campaign, you need to click and toggle OFF "Mine only" to see additional Projects/Campaigns.

Step 3a: Saving the candidate for later

Step 3a-1. Select the drop-down menu and choose the Project you want the candidate to be "Saved for later".

Step 3a-2. Select the "Save for later" button to save the candidate in the "saved for later" section in the Project.

Step 3b. Reroute the candidate to send messaging from a different specific Campaign 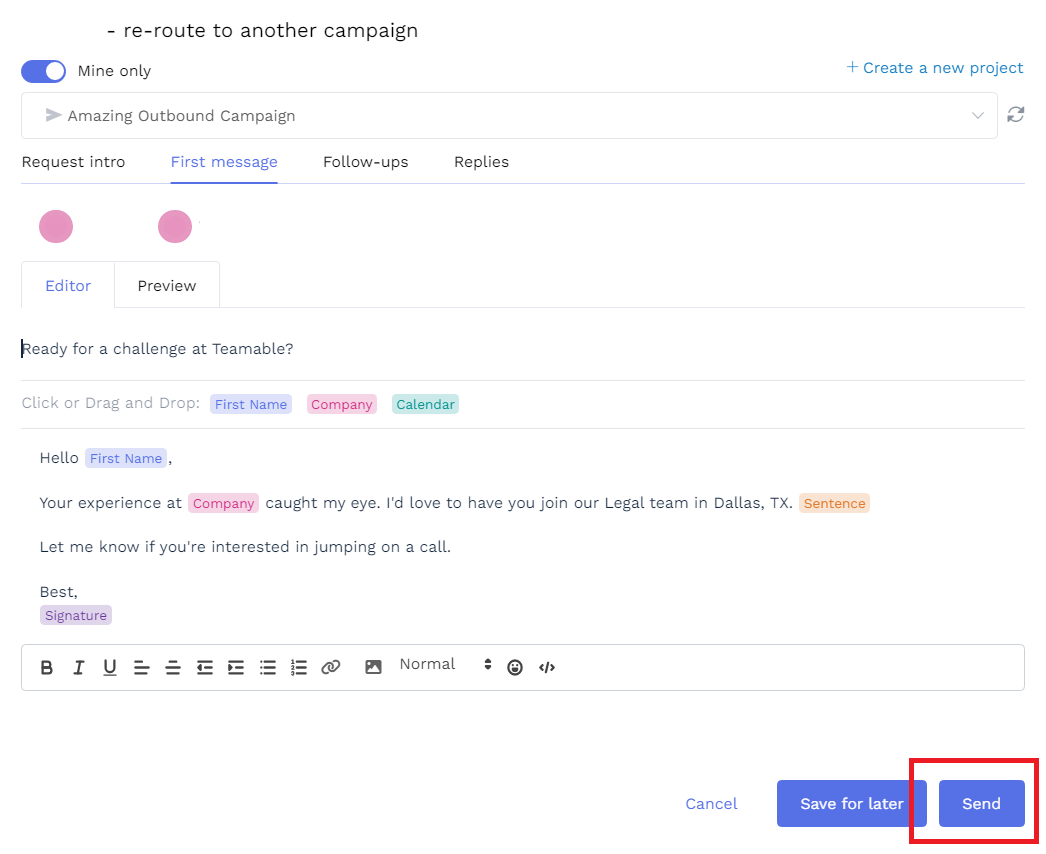 Step 3c. Reroute the candidate to send messaging from a random Campaign in a Project

Did this answer your question? Thanks for the feedback! There was a problem submitting your feedback. Please try again later.